Discover the culinary art of teppanyaki with views of Paris

High above the banks of the Seine, overlooking the Île aux Cygnes, an unexpected encounter with Japan awaits. The word ‘teppanyaki’ translates as ‘grilled on an iron plate’, and it is an art for those who create it and a sensory journey for those doing the tasting. Sit down with one of our chefs and let the magic begin.

This is Japanese haute cuisine in the Beaugrenelle district of Paris, where we are waiting to introduce you to the culinary art of teppanyaki. Enliven your taste buds – and feast your eyes – in our restaurant, with its hardwood décor and soothing, traditional ambience. Admire the skill of Chef Kunio Kitadokoro, who prepares Kagoshima wagyu-beef sirloin and flambéed lobster with white sesame sauce right in front of your eyes – two dishes which have long been associated with teppanyaki and Benkay. Our chef performs his gourmet magic with exceptional precision as you watch. A delicately placed flower is all it takes to bring harmony to your plate – you can appreciate his skills before embarking on your delicious feast. When the culinary show begins, not even the Parisian sunset streaming through our plate-glass windows will distract you from the fun. 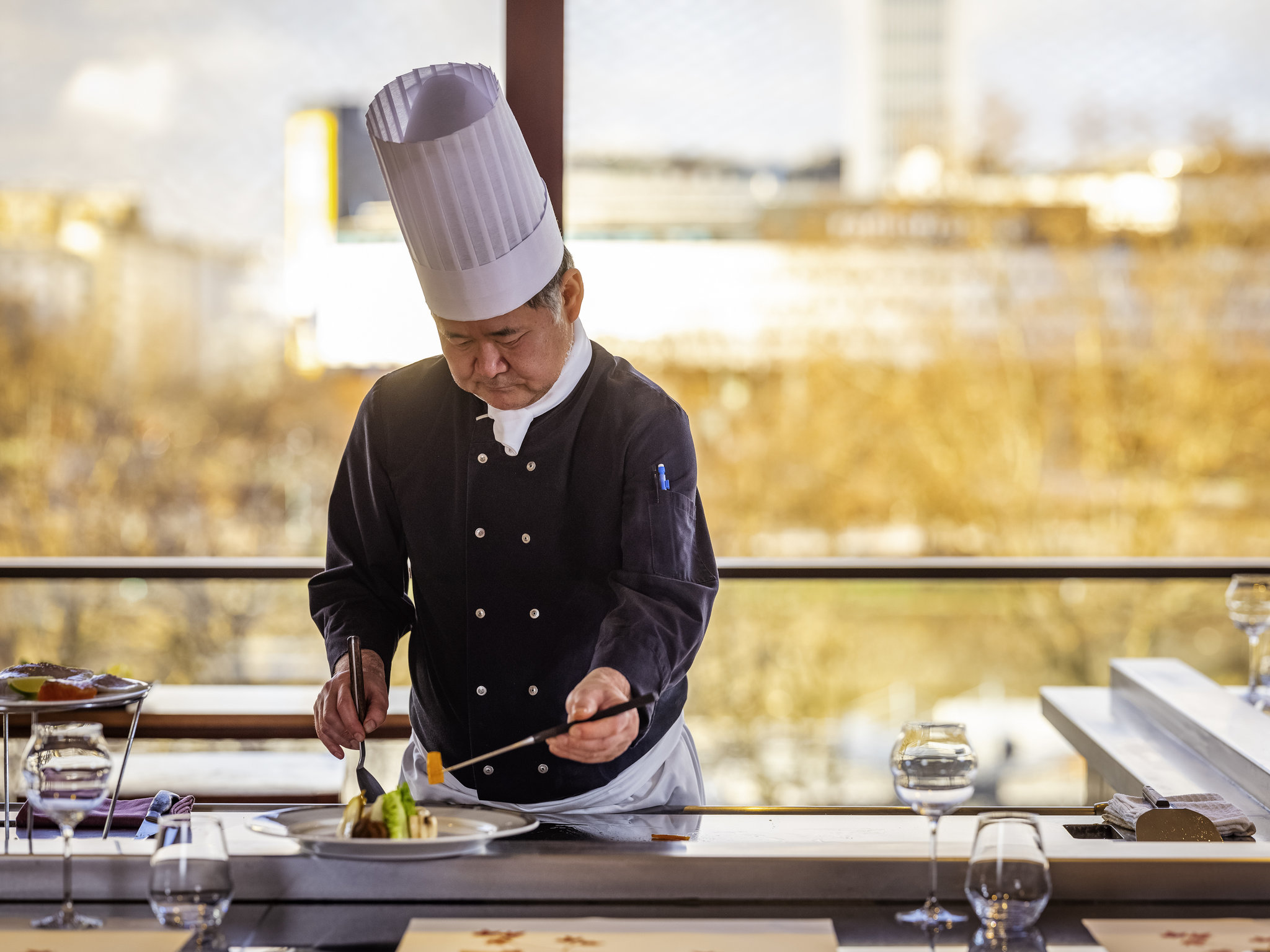 Exclusive dishes cooked on an iron grill in front of you, in an outstanding culinary spectacle

Have you heard of Benkay, or Benkei? This warrior-monk plays a major part in Japanese folklore. On a mission to disarm 1,000 Samurai warriors as they crossed Kyoto’s Gojo Bridge, he managed to take 999 swords before he was defeated by Yoshitsune, a member of the Minamoto clan. After that, Yoshitsune became Benkay’s master, and they fought alongside each other until their deaths.

Your health and safety is our top priority

In order to guarantee the safety of all our customers, we have implemented new standards to guarantee social distancing measures in all our ALLSAFE labeled restaurants.

(*) Average meal price calculated on the basis of starter and main course or main course and dessert, excluding drinks, menu and promotional offers. The average price is an estimate only, calculated according to the prices provided by the restaurant. Depending on the country, the average price may or may not include all taxes. ↩